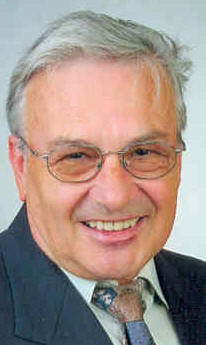 In 1982 Werner Wyss's vision of an English-speaking club in Uster became reality. The idea of creating a setting in which people of multi-national background could meet, practise their English and have discussions in a leisurely way, succeeded. Many people were attracted by the idea and took the opportunity to meet new people and have the possibility to get in touch with many interesting topics. With two exceptions: religion and politics.

Here is just a small selection of past events:
The Club met at the Werkheim from 1982-2009. Since 2009 we have been meeting at the Bildungszentrum in Uster.
Over the years many people of the Zürich Highlands came and went as they pleased, and quite a lot stayed and became members or frequent guests at the Friday meetings. At the beginning up to 10 different nationalities were represented. A great success!

Werner even created a small one-man travel agency and organized the first trip of a group of Highlanders to Malta. Many more trips were to follow: Ireland being a favourite haunt of ours with 3 visits so far. Cornwall and Scotland were to follow.

On January 20, 2012 we shared our last evening with Werner on a culinary tour around the world. We will miss him dearly.

His brainchild "Highlanders' Linguist Club" will live on in the spirit Werner left us inspired with: friendship, humour, tolerance and openness in sharing the love of the English language.

In 2021 we changed the name to focus on our central goal: To bring together people who are interested in practicing English in an informal atmosphere. The programme offers a wide range of topics presented and discussed together with our guest speakers. We also organize activities outside the usual venue such as visits to museums.